The Standard Bank Gallery will be hosting an exhibition of works by the French modern master, Henri Matisse (1869-1954) from 13 July to 17 September 2016.

The exhibition will include a number of paintings, drawings, collages and prints covering all the dominant themes in the artist’s body of work, from his early Fauvist years, through his interest in exoticism and orientalism, to the paper cut-outs that he produced in the last years of his life.

The core work in the exhibition will be the full suite of twenty impressions for the prints in the artist’s book Jazz - some of the best known and most celebrated of the artist’s works.

Henri Matisse | Rhythm and Meaning will be the first wide-ranging exhibition of Matisse’s work to be held in South Africa, and the fourth exhibition of important twentieth-century modernists to be held at the Standard Bank Gallery. The Gallery previously hosted monographic exhibitions focusing on the work of Marc Chagall, Joan Miró and Pablo Picasso.

Added the Ambassador of France to South Africa, HE Elisabeth Barbier, “The French Embassy and the French Institute are proud to partner again with the Standard Bank Gallery. After the successes of the previous exhibitions, we are honoured to share in South Africa the best of art and such an important part of our world heritage.”

In collaboration with the Standard Bank, the French Embassy to South Africa, the French Institute of South Africa, and the Musée Matisse in Le Cateau Cambrésis (France), the exhibition will be co-curated by Patrice Deparpe, Director of the Musée Matisse, and Prof Federico Freschi, Executive Dean of the Faculty of Art, Design and Architecture at the University of Johannesburg.

“It is difficult to overstate Matisse’s significance as a master of twentieth-century modernism,” says Freschi. “His inventive use of form and colour in the early years of the twentieth-century profoundly and irrevocably altered the course of modern art. Of particular interest to South African audiences is the inspiration he took from African and other non-Western art forms during the early 1900s while struggling to find a new visual language to express the particular experience of the new, modern age.”

Deparpe amplifies this theme, noting that, “With Derain, Matisse ‘discovered’ African masks, and indeed introduced them to Picasso. He travelled to North Africa, and painted, drew and sculpted many works with African-related themes. These include Algiers landscapes and odalisques, while the Jazz portfolio – which will be shown in its entirety on this exhibition – was partly inspired by Africa.”

This theme of Western modernism’s debt to African art was amply explored in the Standard Bank Gallery’s exhibition ‘Picasso and Africa’, which engaged directly with the question of the extent of Picasso’s fascination with African art, which became for the artist a seminal reference point in the development of Cubism. Freschi continues: “Henri Matisse | Rhythm and Meaning proposes to take this a step further, by looking at the expanded scope of Matisse’s legacy: the interest in non-traditional and ephemeral material, the interest in pattern and rhythm, and the interest in the conceptual rather than the perceptual as the primary principle governing art making.”

The works will be drawn primarily from the collection of the Musée Matisse – which was established by Matisse himself in 1952 – and will be augmented with works from private collectors, and the Johannesburg Art Gallery. An extensive educational programme, aimed at primary and secondary school learners as well as the general art-loving public, will support the exhibition.

“It is the mission of the Matisse Museum to show the works of Matisse all over the world,” says Deparpe. “Bringing a Matisse exhibition to South Africa, and indeed to Africa, for the first time, is an important part of the artist’s legacy, as he worked all his life to create an art which can be understood by anyone, whatever their cultural background. This exhibition brings together two countries that share a common ideal of liberty, and a commitment to the importance of culture in ensuring a better future for the youth.”

The core work, the Jazz prints, were prepared from cut-out paper collages that Matisse produced during the Second World War and published in 1947 with the noted art publisher, Tériade. Jazz represents an important turning point in Matisse’s career, as it marks the transition from oil painting to paper cut-out collage that dominated the last years of his life. Matisse referred to this period as his ‘second life’, during which he experienced – through the medium of the paper cut-outs – a flourishing of exuberant creativity, despite his ailing health. Drawing on themes of the circus, mythology and the artist’s travels, the Jazz prints are amongst the artist’s most immediately recognizable works, and this exhibition provides a unique opportunity for South African audiences to experience them first-hand.

Commenting on the significance of this exhibition for South African audiences, Freschi notes that, “The art of Henri Matisse has universal appeal. At once figurative and abstract, decorative and profoundly intellectual, Matisse’s art brought into existence of new kind of harmony of unexpected elements that changed the way we view the world. In short, he found a particular kind of ‘rhythm and meaning’ that resonates across time and across cultures.”

Henri Matisse | Rhythm and Meaning is presented by Standard Bank in partnership with the Embassy of France in South Africa and the French Institute of South Africa; and with the support of Air France, Total and Air Liquide. 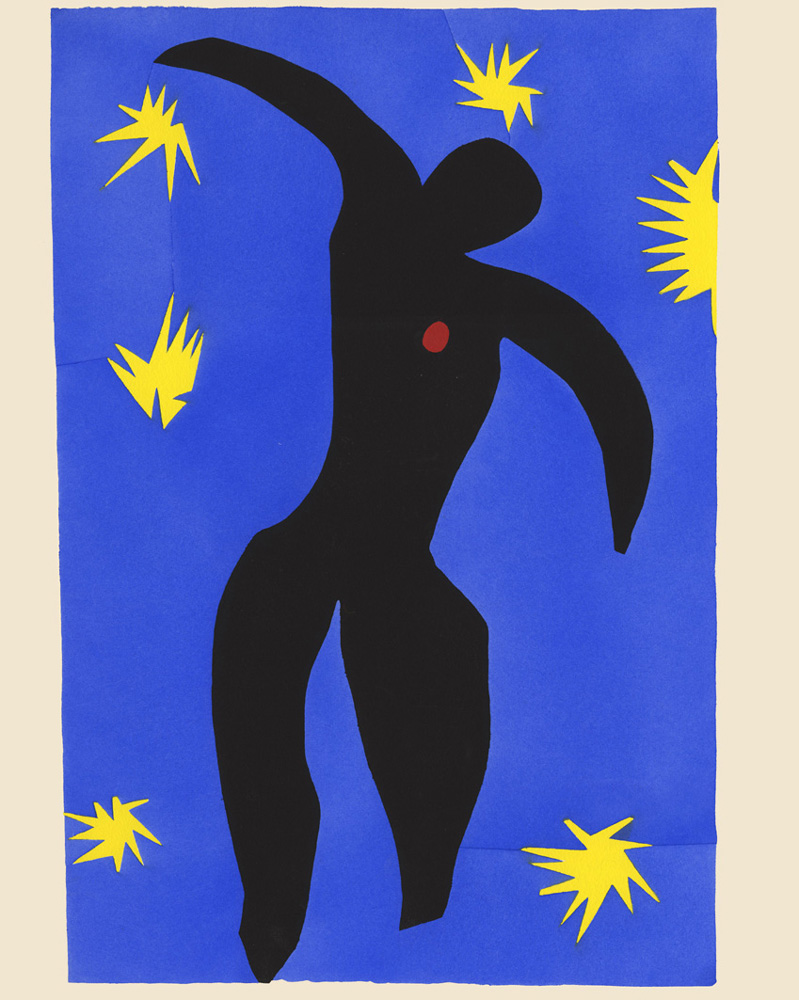